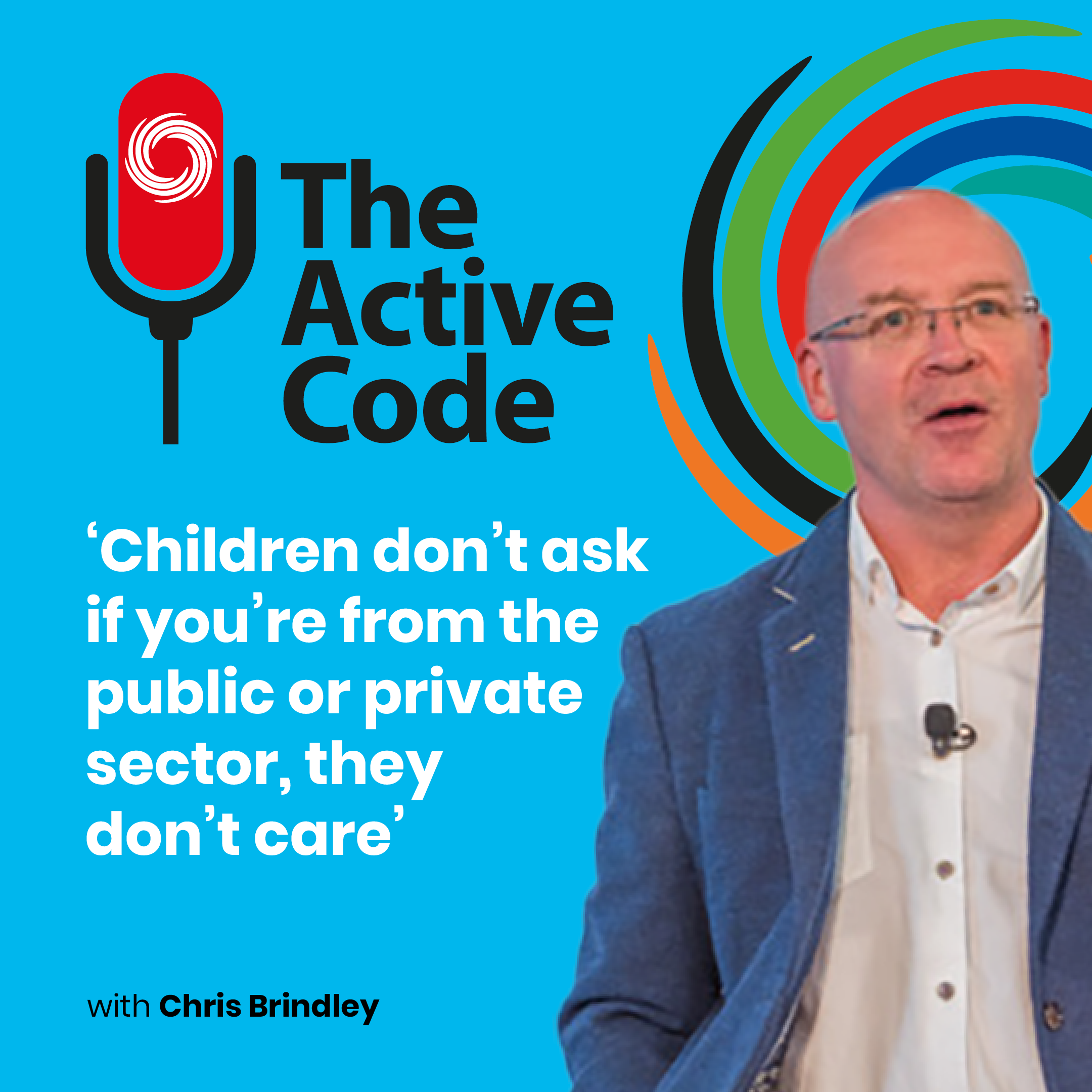 The Active Code SERIES 3 #1 – Children don’t ask if you’re from the public or private sector, they don’t care.

The Active Code is back for a whole new series, and we’re back with a bang!

For Episode 1 of Series 3, we bring you multiple award-winning Chris Brindley.

Who is Chris Brindley?

Chris Brindley is a Non-Executive Director, International Speaker, Executive Coach and Consultant in business and sport.

Chris’ career prior to his current portfolio of roles spanned two different industries, having been an Executive Director in both. After four years as MD at the UK’s leading challenger bank, Metro Bank, Chris decided to make the move that has seen him recognised with an MBE for services to sport and awarded winner of the Institute of Directors, UK Non-Executive Director of the Year in 2017.

Chris is a leading Conference speaker in the UK, Europe, Africa and Australia covering topics such as customer excellence, (international speaker in) leadership, change, employee engagement and how to build high performing teams through a growth mindset.

From a sport and business perspective, Chris is recognised as an asset around the board table. An independent board evaluation of GreaterSport, where Chris was Chair for 11 years, described the way in which the board operated as (part of) “one of the best seen in any industry across the world”.

Hosts Paul Griffiths and Luke Johnson chat to Chris about: